“WHAT BEGAN WITH 64 EXHIBITORS IS NOW IN ITS 52ND YEAR”

MANTS is governed by a Board of Directors comprised of three directors from each member state. They meet three times annually, including the day preceding the show. The Board elects its officers – president, vice president, secretary and treasurer at its first board meeting following MANTS, usually in February.

Carville M. Akehurst was MANTS’ first Executive Vice President, a position he held until his death in 2001. Nancy Akehurst, a force behind MANTS from the beginning, was appointed by the Board to succeed her husband, which she did until her retirement in 2005. Vanessa Akehurst Finney follows in her family’s footsteps as MANTS’ third Executive Vice President and continues to serve in this capacity.

The first trade show was held in Williamsburg, Virginia in January 1971 with 64 exhibitors and the second in 1972 at the Hunt Valley Inn in Cockeysville, Maryland with 79 exhibitors. During the ensuing years the show continued to grow with several more in Hunt Valley and three at The Greenbrier in White Sulphur Springs, West Virginia. The January 1980 show was held in Norfolk, Virginia and all subsequent winter shows have been held at the Baltimore Convention Center in Maryland. MANTS uses 300,000 square feet of contiguous exhibit space, the maximum amount available on one level at the Baltimore Convention Center.

MANTS held a summer trade show in Virginia Beach, Virginia from 1987 until 1990 and then at the Baltimore Convention Center until 1996. The summer show was discontinued following the 1996 show to focus on the annually expanding winter show.

MANTS is widely known as The Masterpiece of Trade Shows TM and the place where industry members gather every January because MANTS means business. We are one of or perhaps the only horticulture trade show in the country that does not offer classroom education. In the earliest years of MANTS, there was some education and guest speakers. Most notably, Jackie Robinson (#42) came to MANTS at the Hunt Valley Marriott in 1972 (our second year) and gave a talk. Those who shared their memories of that event talked about his incredible story and talk. Our three sponsor organizations, the state nursery and landscape associations of MD, VA, and WV, host their own educational conferences separate from MANTS. Today, All education at MANTS takes place on the show floor between exhibitor and attendee.

Looking at a five-year running average (2016-2020), MANTS as an in-person show annually hosted close to 960 exhibiting companies in 1,530+ booths and welcomed over 11,000 paid registrants (including exhibitors). MANTS draws exhibitors and attendees primarily from throughout the United States and Canada, and from Great Britain, Australia, Europe and Asia as well.

Today, MANTS has an exhibitor waiting list and strives to accommodate as many space requests from current and prospective exhibitors alike.

Even in the face of the 2021 COVID-19 pandemic when the show transitioned, for one year, to the virtual MANTS Business Hub, over 550 exhibiting companies participated, and we had over 3,000 registered exhibitors and attendees. The industry learned that while meeting technology certainly has its place in the industry, there is no substitute for what MANTS does best; provide the premier forum for industry members to meet business-to-business and face-to-face.

We proudly celebrated the 50th anniversary of MANTS in 2020. While the event has past, we remain interested in anyone who may have pictures, programs, bulletins, orange jackets or any MANTS memorabilia. We are always happy to build the show’s archives.

You cannot talk about the history of MANTS without mentioning the original founders or creators of the show. There was a very popular trade show in eastern New York in the 1960’s and the thought was that it would be nice to do a small regional show in Maryland or Virginia, so businesses did not have to travel so far. In those days the Virginia and Maryland Nurserymen’s Association hosted a joint event at the Washingtonian Hotel. And, it is from these roots that MANTS began. The primary focus from the beginning was on the exhibitor and attendee relationship … providing a forum for business and the exchange of knowledge. This vison and philosophy for the show has remained front and center for the MANTS Board for fifty years and will undoubtedly continue to be the driving force for years to come.

All of us associated with MANTS remain grateful and humbled by the popularity of the show. And, that our exhibitors and attendees continue to put their faith in us as a place where they can come to conduct business, see old friends, meet new ones, learn about new products, share experiences, meet and break bread and be a part of one of the greatest industries on the planet. While there are far too many people to thank without missing more than a few names, please know that all of us associated with MANTS are ever thankful by the industry’s response to the show. We realize that our exhibitors and attendees have many choices as to where they can do business and as always, we thank all of you for choosing MANTS!

And we look forward to continuing to share the MANTS legacy this year and into the future.

Click on the logos below to learn more about our sponsors.

A FEW OF OUR SPONSORS. CLICK HERE TO VIEW ALL 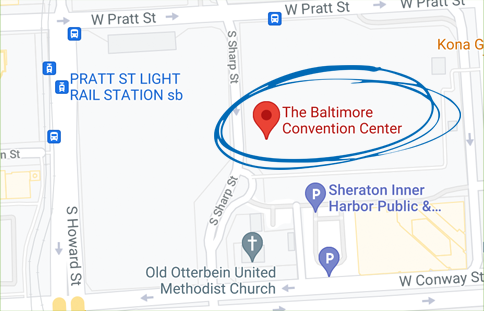 MANTS® is held annually at: